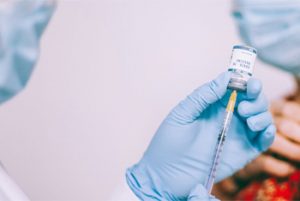 Six times more booster shots of coronavirus vaccine are being administered around the world daily than primary doses in low-income countries, the director-general of the World Health Organization said on Friday, calling the disparity “a scandal that must stop now.”

The official, Dr. Tedros Adhanom Ghebreyesus, and others at the W.H.O. have regularly criticized wealthy nations for hoarding vaccines while lower-income countries do not have enough doses to vaccinate their elderly, frontline health care workers and other high-risk groups. In August, Dr. Tedros called for a global moratorium on boosters that he later extended until the end of the year.

However, nations including Germany, Israel, Canada and the United States have gone ahead with booster programs. The W.H.O. said in an email that 92 countries had confirmed programs to provide added doses and that none of them were low-income.

About 28.5 million Covid vaccine doses are given daily around the world. According to the W.H.O., about a quarter of those are booster or additional doses. (Boosters are meant to bolster protection for those who were earlier fully vaccinated; additional doses are for immunocompromised people whose initial vaccinations failed to sufficiently protect them against the virus.)

W.H.O. officials contrasted the at least 6.9 million added daily doses globally with 1.1 million primary doses being given in low-income countries.

Only 4.5 percent of people in low-income countries have received at least one dose of a coronavirus vaccine, according to the Our World in Data project at the University of Oxford, a figure that is dwarfed by rates in wealthier countries.

The United States recently authorized booster shots for certain recipients of Pfizer-BioNTech’s and Moderna’s vaccines, and everyone who took Johnson & Johnson’s vaccine. This week, Colorado and California announced that they would allow booster shots for all vaccinated adults.

Experts in the United States have been divided over whether boosters are necessary for most healthy Americans, and many say that the original course of vaccination continues to offer strong protection against serious illness and hospitalization. Other experts argue that new data indicate that the boosters counteract waning protection.

Dr. Tedros also warned that access to vaccines was not enough to stop the virus, pointing to a surge of infections and deaths in Europe that has led the Netherlands to plan a partial lockdown, the first recent lockdown in the region affecting both vaccinated and unvaccinated people.

Every country should tailor its response to its situation, he said, but should also use measures like physical distancing and masking to help curb transmission and reduce pressure on health systems.