The Samagi Jana Balawegaya (SJB) staged a placards protest inside the parliament chamber this morning, against the police intervention in their demonstration on Tuesday.

SJB’s General Secretary, MP Ranjith Madduma Bandara, who addressed the House on the fourth day of the second reading debate of Budget 2022 today (Nov. 17), alleged that the government used the force of police to suppress the protesters.

“The government is very much scared of Samagi Jana Balawegaya and the public. The police sought court orders, but the requests were rejected,” he said further.

The SJB’s demonstration organized yesterday was against the rising cost of living, commodity prices and shortages of essential items. Traffic congestion was reported on Sir Marcus Fernando Mawatha in Colombo and on Galle Road at Kollupitiya. 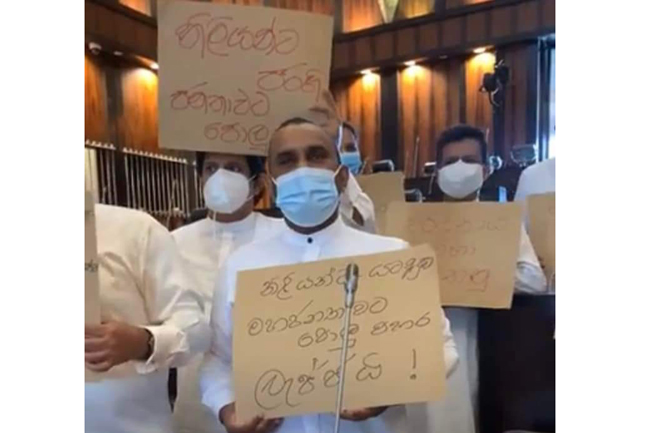 Moratuwa Uni. to hand over experts’ report on gas leakages this week