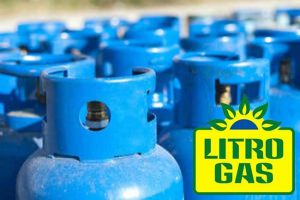 Litro Gas Lanka Limited, denying the allegations that the company has released substandard gas cylinders to the market, assured the public that no changes were made to its LP gas composition.

At a media briefing on Wednesday (Nov. 24), the officials of the country’s largest gas supplier noted that it has been using the same composition for a long time. “An independent international lab report is provided before the LPG is loaded onto the ship for import. We also receive a separate lab report once the LPG ship reaches our terminal.”

Speaking further, they also addressed the recent explosions which were said to have been caused by gas leakages. “The major incident that took place recently was at the Race Course. Litro Gas did not supply gas to that institution or instal their gas pipes. Several incidents had occurred previously.  Our inspections revealed that these incidents occurred due to gas leakages as a result of an issue with the gas hose or the cooker.”

They explained that LP gas is of a higher density than the atmosphere. According to the officials, during a leak, LP gas pools at the ground level. “Explosions can occur when a prolonged leakage of this sort happens.”

There are false claims that LP gas cylinders can explode, they clarified, adding that the cylinders can bear up to six times the pressure than their stored contents. “There is a safety relief valve that is there for when changes occur in cylindrical pressure. The safety relief valve has the ability to release that increased pressure. The cylinder is also connected to a regulator. Domestically used cookers require only a very low pressure from the gas cylinder. This pressure can be decreased by using the regulator. The cylinder will not explode if there is a change in pressure.”

During the past month, several explosions were reported at two restaurants in Weligama and Colombo 07 as well as at a bakery in Ratnapura.

Following inspections by the Government Analyst, the root cause of the explosions was revealed to be gas leaks. Although no fatalities were reported, the close timing of these incidents has given rise to serious concerns among the public.

The clarification of the Litro Gas Lanka officials came after former Executive Director of the Consumer Affairs Authority (CAA) Thushan Gunawardena caused quite a stir after blaming the gas companies for the recent kitchen explosions. He alleged that the incidents were a result of the change in the propane to butane ratio of domestic cylinders.

“A possible reason for these explosions is a change of composition in the gas. Butane was [at] 80 percent and propane was [at] 20 percent. So, without giving a proper explanation, the gas companies decided on their own to change the composition to 50-50.”

Propane is an industrial gas and butane is a domestic gas, Gunawardena added, noting that butane is widely used in hot climates while propane is used as a domestic gas only in extremely cold climates. “Unfortunately, we have come across a situation where authorities turned a blind eye and allowed the gas companies to decide on the composition. Most likely this is for profiteering and not for the betterment of the consumers. I have deep suspicions that the current composition is not suitable for Sri Lanka.”

He also stated that he has written to Trade Minister Bandula Gunawardena and State Minister of Co-operative Services, Marketing Development and Consumer Protection Lasantha Alagiyawanna of the dangers of this composition change. “I urged them, way back on 26th of June, to immediately intervene and look into this matter.” – ada derana