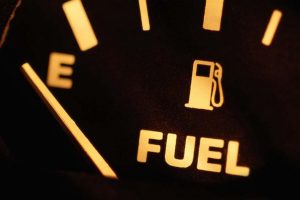 Experts say that a fuel price formula should have been looked at as a permanent solution, however, he questioned the timing of it all.

Senior Professor of the Department of Economics at the University of Colombo, Sirimal Abeyratne, who is an advocate against price controls, is of the view that the way forward should be the fuel pricing formula.

“We have been trained to believe that the government can control the prices, especially the prices of oil that we have to import from oil-producing countries. In fact, today, we are in a very difficult situation because the oil prices have gone up four times if we compare those prices about one-and-a-half years ago. Somebody has to bear this cost whereas our tax payers’ money is not enough to pay that.”

“Then it reflects the market prices. There is no burden on the government budget,” Prof. Abeyratne continued, adding that this is the strategy that is being followed in other countries. As a result, their oil prices keep changing, every day or every week or every month, he said.

“We have to go into that practice,” Mr. Abeyratne noted, while stressing that this is however the worst time to do that. “Why? Because we have a domestic supply shortage and we have inflation rising now.”

Although it is the best solution, this is not the time to implement the fuel pricing formula, Prof. Abeyratne pointed out.

His remarks came after Minister of Energy Udaya Gammanpila on Friday (Nov. 26) proposed a return to a fuel pricing formula, whilst also suggesting a fuel price stabilisation fund would be better suited for the island.

The minister said that with the treasury unable to provide funds, a fuel price stabilisation fund should be the way forward, with the fund bearing the brunt of the impact, during the good times as well as bad times. – Ada derana