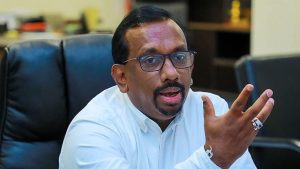 He conveyed this to the Court of Appeal today when a writ petition filed by the Centre for Environmental Justice was taken up today (December 08).

The fertilizer shipment in question was under the spotlight over the past few months after the National Plant Quarantine Services (NPQS), which tested the fertilizer samples sent by the Qingdao Seawin Biotech, revealed the detection of the microorganism called ‘Erwinia’ in September.

However, the Agriculture Minister had later insisted that the ship carrying the fertilizer consignment containing harmful bacteria will not be allowed to enter Sri Lanka. – ada derana