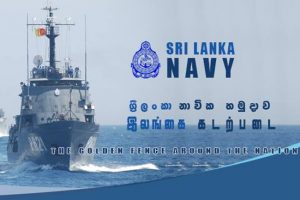 In a move to mark its 71st Anniversary, Sri Lanka Navy has decided to grant promotions to 84 Officers and 1,684 Other Ranks.

In 1937, the Ceylon Naval Volunteer Force (CNVF) was established by the Volunteer Navy Ordinance No. 1 of 1937, marking the beginning of a navy for the country.

Following the World War II, the CNVF was absorbed into the Royal Navy as Ceylon Royal Naval Volunteer Reserve (CRNVR).

The Navy Act No. 34 of 1950 marked the beginning of the Regular Naval Force of Sri Lanka with the establishment of the Royal Ceylon Navy on December 09, 1950.

The Royal Ceylon Navy, which has grown steadily since then, became the Sri Lanka Navy on May 22, 1972 when the country became a republic. – ada derana