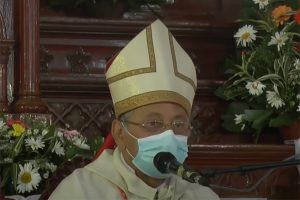 His Eminence Malcolm Cardinal Ranjith today (December 12), responding to a proposal made by the Tourism Ministry, urged the authorities not to devalue Christmas.

His remarks came during the feast of the Sacred Heart Church in Bollatha.

Citing newspaper reports, the Cardinal said the Tourism Ministry has sought approval to allow the ministry-registered hotels and restaurants to sell liquor on Christmas day.

“Is this the wonder of Asia? Is this the vistas of prosperity?” The Cardinal noted that this move devalues the spirit of Christmas.

The Archbishop of Colombo stressed that the authorities should not be allowing the sale of liquor on Christmas when it is banned on Vesak. – ada derana