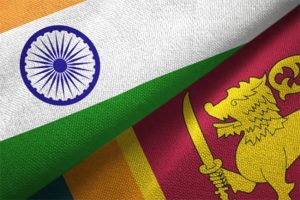 India is working on an urgent package of assistance for Sri Lanka to help the island nation out of an economic crisis, the Economic Times newspaper reported Saturday, citing officials that it didn’t identify.

The measures will cover areas including food and health security, energy security and a currency swap, the officials said. The move follows a recent visit by Sri Lanka’s finance minister to India, the paper said. The plan is to extend credit lines for Sri Lanka to import food, medicine, fuel and other essential items from India.

Sri Lanka is at risk of a possible default amid dwindling foreign-exchange reserves, even as its central bank governor said he’s confident the government will service all its overseas debt. It’s also trying to revive its Covid-hit tourism industry with the reopening of borders following extended pandemic lockdowns, and is expecting increased remittance inflows as more Sri Lankans head overseas to seek employment.

The two countries have “identified ways and means through which the existing bilateral economic relationship between the two countries could be further broadened and deepened,” ET said, citing a statement from the Sri Lankan government.