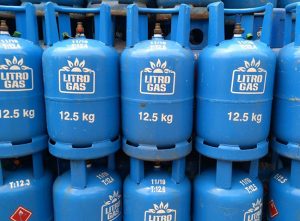 The Consumer Affairs Authority (CAA) has directed Litro Gas not to unload the latest shipment of LP gas as it does not comply with the SLSI standards.

Ada Derana had reported yesterday that the latest shipment of liquefied petroleum (LP) gas that had arrived in Colombo Port for Litro Gas Lanka Limited (LGLL), one of the main suppliers of LPG in Sri Lanka, does not comply with the required level of ethyl mercaptan.

Ethanethiol, commonly known as ethyl mercaptan, is added to natural gas as an odorant, usually in mixtures containing methane. It is what makes propane gas smell and is an additive that is combined with LPG to alert users of a leak.

After the ship recently docked at the Colombo Port, relevant authorities had tested the gas samples.

However, it is reported that the propane-butane ratio of the latest domestic gas shipment is in compliance with the standards.

A final decision with regard to the consignment of LPG was expected to be taken by the technical committee yesterday.

The Consumer Affairs Authority had noted that permission would not be given to unload this shipment even if a slight change in the composition of LP gas is detected.