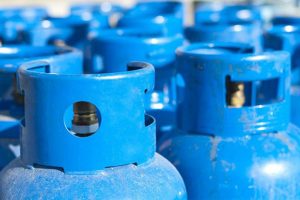 Litro Gas Lanka Limited today (December 15) informed the Court of Appeal that the company will distribute liquefied petroleum (LP) gas that complies with the SLSI standards.

This was conveyed when a petition filed by public interest litigation activist Nagananda Kodituwakku was taken up before Appeals Court Judges Ruwan Fernando and Sampath Wijeratne this morning.

President’s Counsel Harsha Amarasuriya, who appeared on behalf of Litro Gas Lanka, told the judge bench that his client has taken steps to recall the LP gas cylinders released to the market.

He also stated that a meeting chaired by the SLSI officials will be convened on December 20 to discuss the composition of domestic gas.

The president’s counsel further told the court that Litro Gas Lanka is currently distributing only LP gas cylinders that were green-lighted by the SLSI.

In the future, Litro Gas Lanka will take measures to distribute domestic gas cylinders that are in compliance with the standards introduced by the SLSI, he continued.

According to the president’s counsel, his client has also agreed to display a sticker on domestic gas cylinders to indicate the LPG composition.

The Appeals Court bench directed Litro Gas Lanka to submit an affidavit to the court on the aforementioned. The petition was then scheduled to be taken up again tomorrow (December 16).