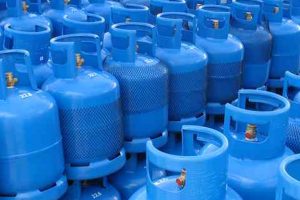 Litro Gas Lanka Limited has given an undertaking to the Court of Appeal that the company will distribute only the liquefied petroleum gas that complies with the standards approved by the Consumer Affairs Authority (CAA) and the Sri Lanka Standards Institutions (SLSI).

This was conveyed when the writ application filed by public interest litigation activist Nagananda Kodituwakku was taken up before Appeals Court Judges Ruwan Fernando and Sampath Wijeratne this morning.

President’s Counsel Harsha Amarasuriya, who appeared on behalf of Litro Gas Lanka, informed the judge bench that his client has also agreed to display a sticker on domestic gas cylinders to indicate the LPG composition.

These undertakings were given by Litro Gas Lanka in two affidavits, complying with a directive issued by the Appeals Court yesterday.

Speaking further, the attorney representing Litro Gas Lanka stated that as per the findings of the investigations into the LP gas-related incidents, more than 90 percent of the accidents were a result of substandard stoves and appliances.

Meanwhile, Senior State Counsel Manohara Jayasinghe, who appeared on behalf of the CAA and the SLSI, said a special meeting is scheduled will be convened by the SLSI on December 20 to decide on the composition of LP gas cylinders.

The Appeals Court bench then stated that its verdict with regard to the submissions presented today will be delivered tomorrow. – ada derana