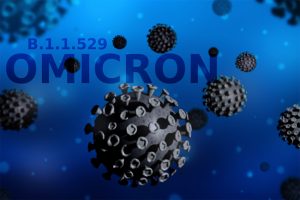 Sri Lanka has confirmed three more cases of Omicron variant of Covid-19 (B.1.1.529), says Dr. Chandima Jeewandara, the Director of the Department of Immunology & Molecular Medicine at Sri Jayewardenepura.

The new development brings the total number of Omicron cases detected in the country to four.

Sri Lanka confirmed its first Omicron case on December 03 in a Sri Lankan national who recently returned from Nigeria.

South Africa alerted the World Health Organization (WHO) about a new highly mutated SARS-CoV-2 variant on 24 November. More than 30 countries, including the US, UK, Canada and Japan have since detected the variant.

Initial evidence suggested that Omicron has a higher re-infection risk.

According to the World Health Organization (WHO), the number of people testing positive has risen in areas of South Africa affected by this variant, however, epidemiologic studies are still underway to understand if it is because of Omicron or other factors.

Meanwhile, initial findings from a real-world study revealed that the booster dose of Covid-19 vaccine gives an estimated 70 percent to 75 percent protection against mild disease from the Omicron variant.

As the Omicron continued to spark serious global worry, dozens of countries moved to implement travel restrictions to guard against the Omicron variant.

Sri Lanka also barred the arrival of foreign travellers who have been to six countries in the African continent. Accordingly, passengers with a travel history – including transit – to South Africa, Namibia, Zimbabwe, Botswana, Lesotho and Eswatini (Swaziland) within the past 14 days were denied entry to the island nation with effect from midnight on 28 November. However, the travel restrictions were lifted on December 10. – ada derana