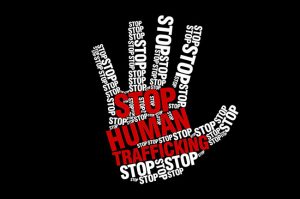 The Ministry of Defence says that the Government of Sri Lanka is taking strict and prompt action under the auspices of the ministry to combat human trafficking and that the country’s Anti-Human Trafficking Task Force intends to initiate many more proactive steps to combat the menace in Sri Lanka in the coming year.

Through a policy decision taken by the Cabinet of Ministers in July this year, the Chairmanship of the Anti-Human Trafficking Task Force was shifted from the Ministry of Justice to the Ministry of Defence, with a view to establishing an enhanced institutional mechanism that directly coordinates with the investigation authorities and the intelligence services to combat human trafficking.

In August this year, through circular instructions issued by the Inspector General of Police, action had been taken to establish the Human Trafficking, Smuggling Investigation and Maritime Crime Investigation Division under the Criminal Investigations Department and vest it with the powers to investigate human trafficking cases and institute court proceedings against the offenders.

The Board of Officials appointed by the Secretary Defence, General (Retd) Kamal Gunaratne, under the Chairmanship of the Chief of National Intelligence coordinates the Task Force that consists of the Senior Officials from the Attorney General’s Department, Foreign Ministry, Ministry of Justice, Ministry of Labour, State Ministry of Foreign Employment, Promotion and Market Diversification, Criminal Investigations Department, Department of Immigration and Emigration, Bureau for the Prevention of Abuse of Children and Women, Sri Lanka Bureau of Foreign Employment, Department of Probation and Child Care Services, National Authority for the Protection of Victims of Crime and Witnesses and the National Child Protection Authority and several other government institutions.

Last November, the Central Anti-Vice Striking Force at Walana had taken action to raid a brothel that had been conducted under the guise of a Massage Centre and five Indonesian women had been taken into custody. On being informed of the possibility of the said women being victims of human trafficking, the Task Force had taken action to request the IGP to transfer the relevant investigation to the newly established Human Trafficking Division of the Criminal Investigations Department. The said Division had taken prompt action and under one month, (on the 23rd December 2021) the main culprit, a 41-year-old man from Ja Ela, had been apprehended and the matter will be forwarded to the Attorney General’s Department to initiate the necessary prosecution.

Also, within hours of being made aware through several sources, the action was initiated by the Task Force on the 16th December 2021 to request the IGP to investigate the Human Trafficking issue highlighted and the Human Trafficking, Smuggling and Maritime Crimes Division of the Criminal Investigations Department is already halfway through the investigation regarding this matter.

Measures are also underway to amend the Sri Lanka Bureau of Foreign Employment Act, No. 21 of 1985 and to further amend the Immigrants and Emigrants Act, No. 20 of 1948 to bring in the local legislative provisions more in line with the principles contained in the Protocol to Prevent, Suppress and Punish Trafficking in Persons, Especially Women and Children, supplementing the United Nations Convention against Transnational Organized Crime.

The Task Force intends to initiate many more proactive steps to combat the menace of Human Trafficking in Sri Lanka in the coming year and would welcome the cooperation of the general public and all relevant institutions in being expeditiously informed of possible human trafficking incidents as indicated above, the Defence Ministry said.