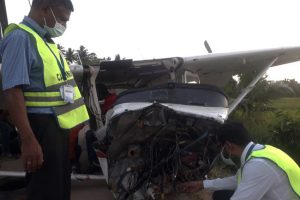 The light aircraft which sustained damages in an emergency landing at Kimbulapitiya area in Katana has been taken to the Ratmalana Airport for further investigations, says Director-General of Civil Aviation Themiya Abeywickrama.

According to preliminary probes, the accident took place as the pilot of a Cessna 172 aircraft belonging to Sakurai Airlines attempted to make an emergency landing at the Bandaranaike International Airport (BIA) in Katunayake.

It happened on Dec. 27 while the aircraft was en route from Sigiriya airport to Koggala airport.

Four people had been on board at the time. Three of them – two Lebanese nationals and the pilot – were rushed to the Negombo General Hospital with injuries.

The Civil Aviation Authority (CAA) subsequently initiated investigations into the matter and is now in the process of collecting evidence to determine whether the accident was a result of a technical fault.

A special investigation committee, chaired by CAA’s Deputy Director General (Flight Safety Regulation) Saman Gunawardhane, was appointed to probe the matter. It was formed under the directives of the Civil Aviation director-general.

Meanwhile, another committee has been appointed to look into a similar incident that happened last week when a light training aircraft belonging to the same private carrier made an emergency landing on the beach in North Payagala on Dec. 22.

It was later reported that the aircraft had made the emergency landing due to a technical fault and that two persons who were on board were unharmed.

All operations of Sakurai Airlines were temporarily halted until the investigations into the two incidents are concluded. – ada derana 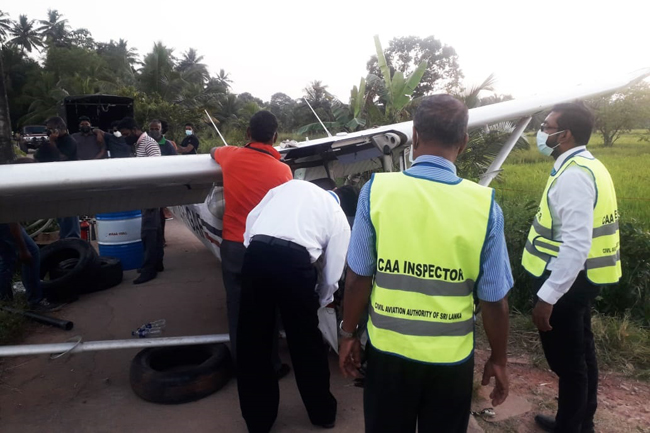 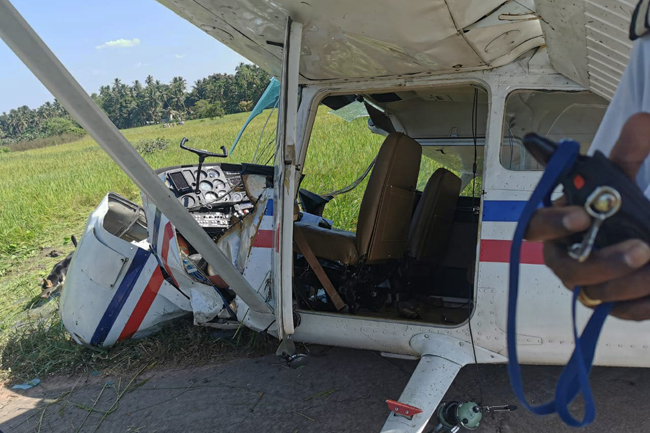