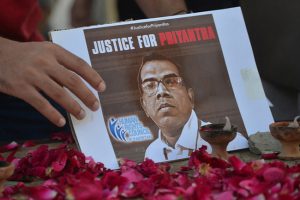 Authorities in Pakistan’s Punjab province on Wednesday said they have detained 85 main suspects after determining their role in the brutal lynching of a Sri Lankan national in Sialkot city earlier this month.

In a shocking incident, a mob of 800 men, including supporters of the radical Islamist party Tehreek-e-Labbaik Pakistan (TLP), attacked a garment factory in Sialkot on December 03 and lynched its 49-year-old general manager – Priyantha Kumara Diyawadana – before setting his body on fire over allegations of blasphemy.

“Currently 85 main suspects whose role has been identified through video footages and investigation in the brutal lynching of Priyantha Kumara are detained on physical remand,” an official of the Punjab police told PTI on Wednesday.

The official said over 100 other suspects were also included in the investigation but no evidence of their involvement in the case was detected, thus they were not named in the FIR and some of them who were detained were released.

On Tuesday, the Lahore High Court Chief Justice Muhammad Ameer Bhatti directed Sialkot District Police Officer (DPO) Omar Saeed Malik to complete investigation of the suspects and submit the report to the court at the earliest so that the trial in the case could begin.

DPO Malik gave a detailed briefing to the chief justice on the progress made so far in the lynching case of the Sri Lankan citizen.

The Sialkot District Bar Association has already announced not to represent the suspects.

“No lawyer will pursue the case on behalf of the suspects,” the bar said in a statement.

The business community has collected $100,000 for the family of Kumara. The factory management has also decided to send the monthly salary of the deceased to his family.