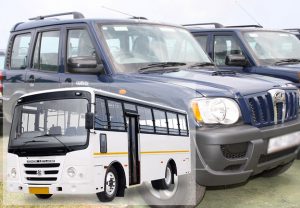 On 08th January 2020, the approval of the Cabinet of Ministers had been granted to procure 500 new buses of 32 – 35 seating capacity to Sri Lanka Transport Board under the Indian loan grant scheme.

Accordingly, bids have been called from 03 institutions that accomplish pre requisite for the purchase of buses, the government said.

Meanwhile approval had been granted at the meeting of the Cabinet of Ministers held on 16th November 2020 to purchase 750 jeeps for Sri Lanka Police including 150 jeeps for the Police Special Task Force (STF), under the Indian Line of Credit.

Accordingly, bids have been invited from companies recommended by the Indian Export and Import Bank and the Cabinet of Ministers granted approval to the resolution furnished by the Minister of Public Security for awarding the above procurement to Mahindra and Mahindra Company of India, subject to the recommendation of the standing procurement committee appointed by the Cabinet of Ministers. – ada derana