Susil Premajayantha, who was stripped of his state ministerial portfolio today (January 04), says he intends to return to his legal profession.

The former State Minister of Education Reforms, Open Universities and Distance Learning Promotion made this remark speaking to the media following his dismissal.

Responding to queries, Premajayantha said he learned of his dismissal through media reports.

“This is nothing big. I first became a minister in 2000, right after [I] entered the parliament. I have worked under three presidents. I have a profession. I’ll return to that from tomorrow, to the court.” Premajayantha continued.

When asked if he was told of a reason for being sacked from his state ministerial post, Premajayantha responded, “There is no need to give such reasons. The Executive President is vested with the powers to appoint and to remove anyone [from their position].”

Speaking further, he said, “A media person recently asked me about the prices of goods while I was at the market. I responded that the agriculture has failed completely and that the policy decisions that have been taken have failed. I spoke on behalf of the people.”

Premajayantha stressed that he is not surprised by this move, given the direction the country is moving towards. – ada derana 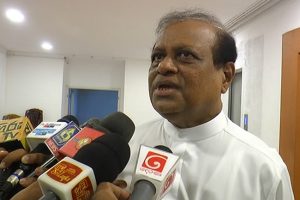