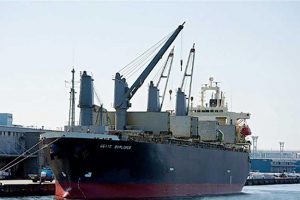 The People’s Bank today (January 07) paid USD 6.9 million to the Chinese company that shipped a much-disputed consignment of organic fertilizer to Sri Lanka.

On January 03, the enjoining order in question was dismissed as all parties had agreed for a settlement to ship a new stock of standardized fertilizer.

As per the terms of the contracts between Sri Lanka and the Chinese company, the payment for the controversial organic fertilizer shipment was slated to be made through a Letter of Credit established via the People’s Bank.

However, last year, the Ceylon Fertilizer Company (CFC) had secured two enjoining orders from the Colombo Commercial High Court against Seawin Biotech, its local agent and the state-run People’s Bank, preventing the payment on Letter of Credit.

The first court order against the Chinese firm in question was secured on October 23, blocking the People’s Bank from making any payment under a Letter of Credit opened in favour of the Chinese company.

The fertilizer consignment in question was under the spotlight over the past few months after the National Plant Quarantine Services (NPQS), which tested the fertilizer samples sent by the Qingdao Seawin Biotech, revealed the detection of the microorganism called ‘Erwinia’ in September 2021.

However, the Agriculture Minister had later insisted that the ship carrying the fertilizer consignment containing harmful bacteria will not be allowed to enter Sri Lanka, or re-tested.

The Chinese company later sent a letter of demand seeking USD 8 million in damages from the Additional Director of the National Plant Quarantine Services (NPQS) of Sri Lanka. – ada derana