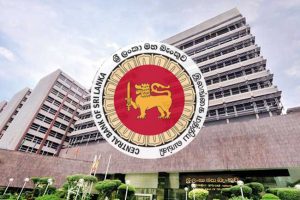 The Central Bank of Sri Lanka (CBSL) says the recent rules it has issued in respect of repatriation and conversion of export proceeds to Sri Lanka Rupees (LKR) have been misinterpreted by certain parties with vested interests.

In particular, unfounded speculation has been mischievously spread that the Central Bank rules require converting the entirety of workers’ remittances forcibly into LKR upon the receipt of such foreign exchange funds by the Licensed Banks.

Rules on conversion of export proceeds DO NOT apply to workers’ remittances, the Central Bank noted. “Migrant workers who channel their earnings through Licensed Banks and other formal channels may hold such funds in foreign exchange at any commercial bank. Accordingly, it is NOT mandatory for Sri Lankans working abroad to convert their remittances into LKR.”

However, those who wish to convert those earnings into LKR would be eligible to do so, the Central Banks  said further, adding that those who do so under the “Incentive Scheme on Inward Workers’ Remittances” announced by the Central Bank, would receive an additional incentive of Rs. 10.00 per US dollar until 31 January 2022.

These services exports would be subject to the rules on conversion of the residual export proceeds after adjusting for the permitted deductions, the Central Bank continued.

In this background, it would be clear that the recent rules in respect of repatriation and conversion of export proceeds into LKR are applicable only to “exporters of goods and services” from Sri Lanka, and that the new rules require exporters to convert only the residual balance of the export proceeds into LKR after deducting the permitted payments specified in the rules, the Central Bank explained in its statement.

It must also be stated that similar repatriation and conversion rules for services export proceeds are applicable in other regional countries, including India, Bangladesh, Pakistan, and Thailand, as well.

The Central Bank reiterated that it would continue to facilitate the enhancement of workers’ remittances in collaboration with the Government by incentivising funds remitted through formal channels, as previously announced, while taking stern legal action against all persons (those remitting and receiving) who indulge in illegal fund transfers.

Accordingly, the Central Bank requested the general public to remain vigilant and not be misled by false information and promises.

Licensed Banks have also been advised to strictly adhere to the rules stipulated by the Central Bank with regard to the conversion of foreign exchange proceeds of customers, and apprise their customers about such rules, so as to avoid any misunderstanding. – ada derana