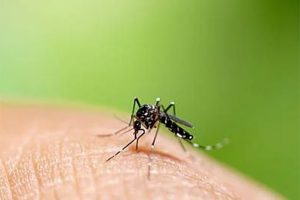 Just when Sri Lanka began to gain some control over Covid-19, the island’s age-old enemy dengue is threatening to sabotage the country’s gains.

According to the National Dengue Control Unit, Sri Lanka has recorded 5,500 dengue patients, in the 20 days that have elapsed in the new year so far.

However, the number of dengue cases has been significantly rising in October and December, with December recording the highest figure of 8,966.

The Dengue Control Unit stated that 60% of the cases reported this month have originated from the Western Province.

The figure recorded this month exceeds the number of dengue cases reported in the same month last year which stood at 2,122.

However, the Public Health Inspector at the Dengue Control Unit Dr. Indika Weerasinghe says that this is a usual observable trend in the month of January.

Sri Lanka gets two peaks of dengue in Sri Lanka during the monsoonal periods with the first peak lasting from June to august due to the southwest monsoon and the second from November to December due to the northeast monsoon, he explained.

Dr. Weerasinghe added that another rising trend in dengue cases is observed at the end of the month of May.

Even though it is normal for the country to experience a surge of dengue cases during the month of January, he said the increased mobility of the public may have worsened the situation.

Dr. Weerasinghe went on to urge the public to take precautions to ensure that their surroundings are free of mosquito breeding habitats. – ada derana