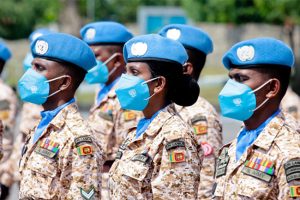 The passing out parade of the 13th Force Protection Company (FPC), bound for the United Nations Interim Force in Lebanon (UNIFIL), together with women soldiers of the Sri Lanka Army Women’s Corps (SLAWC) presented the customary salute to Army Commander General Shavendra Silva on Sunday (30).

It was held at the Sri Lanka Light Infantry Regimental Headquarters (RHQ -SLLI) at Panagoda, Sri Lanka Army said in a statement.

This is the first UNIFIL bound group that includes two Lady Officers and seven Other Ranks of the SLAWC, taking up security duties in Lebanon’s SLFPU, a result of discussions that took place between UN authorities, General Shavendra Silva and the Army Directorate of Overseas Operations.

A drive-pass Guard Turnout at the entrance, presented by SLLI troops greeted the day’s chief guest upon his arrival.

Subsequently, Major General Jagath Kodituwakku, Colonel of the Regiment, SLLI and Deputy Chief of Staff, welcomed the chief guest formally and ushered him to the parade ground where the Parade Commander reported and requested the chief guest to review the Guard of Honour, presented on his behalf.

Adding symbolic importance to the UN assignment, the chief guest afterwards formally handed over the National flag, Army flag, United Nations flag and the Sri Lanka Light Infantry flag to the contingent as part of the formalities, denoting that their preparations for the mission are fully complete and ready to undertake security responsibilities.

Extending his best wishes, the Army Chief soon after the ceremonial parade addressed the contingent and highlighted the value of their overseas duties, bringing pride and honour to the country. He also reminded them of the importance of maintaining the highest level of discipline while serving and their commitment to the role and tasks in Lebanon as our forces have received plaudits from UN authorities.

“The SLLI, founded in 1881 is famed for its experiences after dispatch of SLLI troops to Africa’s Boer war in 1900s and it is the SLLI which sent the first Haiti-bound contingent for UN peace keeping operations in 2004. I must also mention here that during my tenure as the Sri Lankan Ambassador and Deputy Permanent Representative of Sri Lanka to the UN, we were able to send the first contingent to Lebanon in the year 2010. I am happy that I, as an Ambassador and the Permanent Representative of the UN was able to get several such overseas openings while I was serving the UN in New York. I am equally pleased to see a group of women soldiers for the first time joining the UNFIL contingent in Lebanon. I am thankful to all who took efforts to groom this contingent, irrespective of setbacks, posed by the pandemic. I expect all of you to maintain the highest level of discipline, commitment to duties and dedication and receive appreciative commendation from all quarters bringing reputation to the country,” the chief guest told the troops.

The 12th Sri Lankan contingent already serving the UN assignment (UNFIL) is expected to return home shortly soon after completion of their tenure of service in Lebanon in compliance with provisions of the UN. 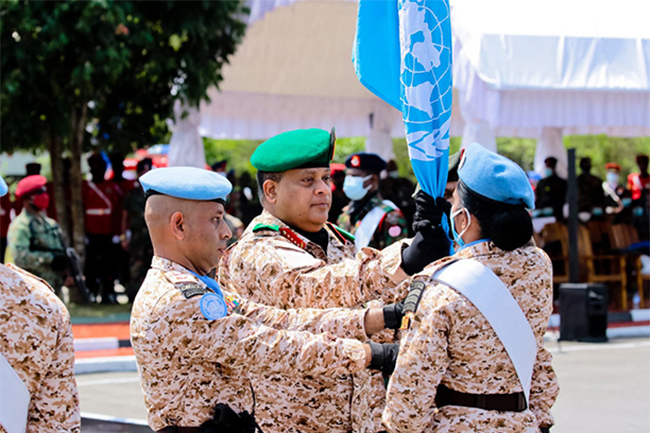 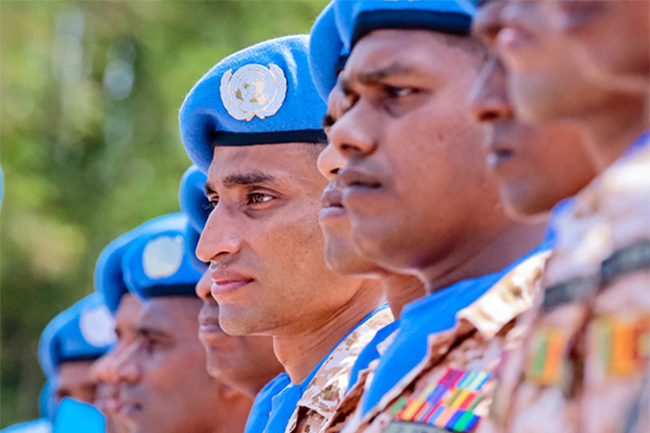 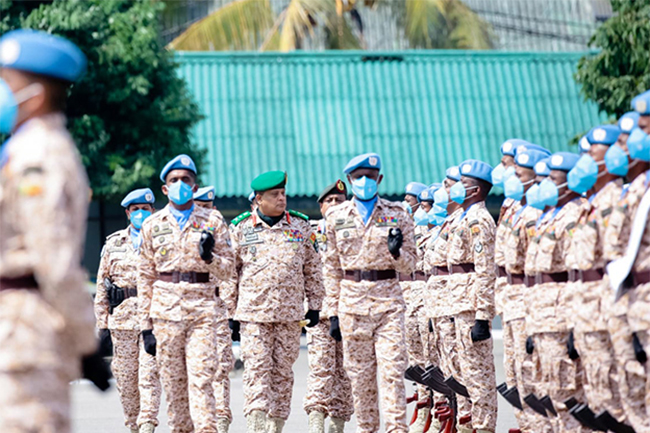 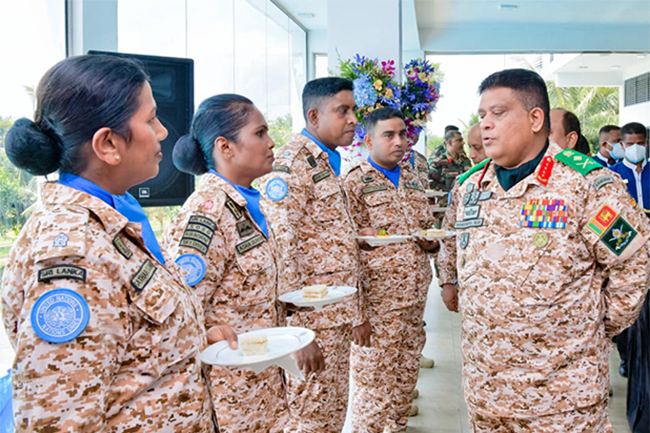