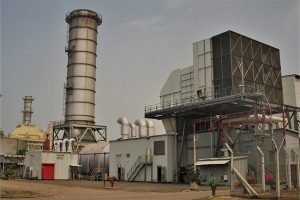 The Ceylon Electricity Board (CEB) says power cuts are not imposed tonight as the expected national electricity demand can be fulfilled.

The national electricity demand is expected to reach 2,370 MW tonight. The CEB, however, expects to add 2,540 MW of electricity to the national grid, even with the Kelanitissa Power Station off the grid.

Meanwhile, the Energy Ministry stated that the Ceylon Petroleum Corporation (CPC) is unable to supply the required stocks of diesel to the Kelanitissa Power Station at the moment.

According to the ministry, the remaining diesel reserves are sufficient only for the CPC’s activities, the ministry said further.

An oil tanker carrying diesel is expected to reach the island next Monday, however, until then the Kelanitissa Power Station will have to remain without fuel.

Against this backdrop, the CPC supplied furnace oil to the Sapugaskanda B power station, which adds 63 MW of electricity to the national grid, this evening.

Further, the 60 MW Barge Mounted Power Station in Colombo was inactivated this evening in order to generate electricity for the peak hours at night, during which the demand for electricity is the highest.

The CEB urged the general public to use electricity sparingly in order to keep the demand at a minimum. – ada derana