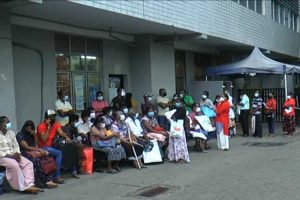 The Federation of Health Professionals says that the decision on whether or not to continue their strike action will be taken this evening (15).

Co-convenor of the federation Ravi Kumudesh said that the minutes of the discussion held with the Minister of Health Keheliya Rambukwella last evening regarding their demands has been received and the decision on continuing the strike will be taken later this evening.

The Government Nursing Officers’ Association alone had decided to withdraw from the strike following an enjoining order issued by the Colombo District Court.

However, the remaining 17 trade unions are still engaged in the strike while they expected to reach a final decision today on whether to continue with the trade union action, which had severely disrupted services and activities at hospitals across the country. – ada derana