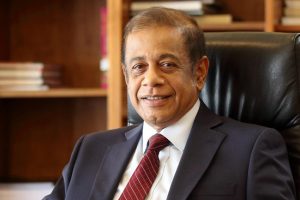 Former Defence Secretary Hemasiri Fernando, who was accused of criminal negligence of duty by failing to prevent the 2019 Easter Sunday terror attacks despite receiving intelligence information in advance, was acquitted of the charges laid against him.

Following a lengthy trial, the judge bench decided to acquit and release the accused without calling for evidence from the defence.

Delivering the verdict, High Court Judge Mohamed Irshadeen said the Attorney General should have contemplated before filing the relevant case.

Meanwhile, High Court Judge Aditya Patabendige said the evidence have shown that the accused had been in a helpless position in decision making. The former chief of State Intelligence Service (SIS) had neglected his responsibilities and laid the blame on the Chief of National Intelligence, he noted.

Fernando was arrested alongside former Inspector-General of Police Pujith Jayasundara for allegedly failing to prevent the coordinated terror attacks orchestrated by the now-banned terror group National Thowheed Jamaath which claimed the lives of over 250 persons and injured approximately 500 more people on Easter Sunday in 2019.

A total of 855 charges of criminal negligence had been laid against the former Defence Secretary. – ada derana