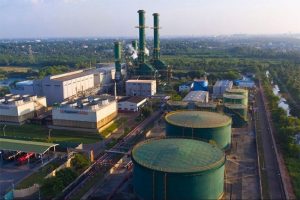 The Supreme Court heard today that the three ministers who have filed petitions against the Yugadanavi power plant share transfer deal have acted in breach of the collective responsibility of the Cabinet.

Making submissions today, the Attorney General, therefore, requested the court to nullify the petitions, without taking them up for consideration.

When the petitions were taken up today, Attorney General Sanjaya Rajaratnam, who made submissions before the court, said there is no selling of local resources to foreign entities via this agreement. The transfer of 40% of shares that were with the Treasury has happened. The Cabinet approval has been obtained for that transfer and the due process has been followed.

“Four of the petitions were filed a month after the inking of the agreement, and as per Article 126 of the Constitution, the court does not have the power to consider these petitions,” he added.

“The national energy policy has been submitted as a document of this case. Its creator is Energy Minister Udaya Gammanpila. When that’s the situation, he bypasses the Attorney General and appears before the court via a private attorney. He has not come before the court with clean hands,” he continued.

Making submissions on the petition filed by the General Secretary of Samagi Jana Balawegaya (SJB) Ranjith Madduma Bandara, the Attorney General said, “During the period of 2015 to 2019, proposals were submitted to the then-Cabinet to implement an LNG project with countries like Qatar, South Korea, Japan and India. The petitioner Ranjith Madduma Bandara was a member of that Cabinet. During that time, he did not object to the project. But he has filed a petition pertaining to the relevant project now. It is problematic as to why the project that was good then, is not good now.”

The Attorney General, therefore, requested the Supreme Court to nullify all petitions filed against the agreement, without taking them up for consideration.

However, the legal counsel representing Ranjith Madduma Bandara rejected all allegations made against his client.

The petitions are scheduled to be taken up again tomorrow. – ada derana