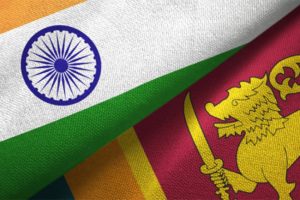 Ahead of a visit by Sri Lanka Finance Minister Basil Rajapaksa to India this week, the two countries are close to finalising three defence-related agreements and arrangements that are expected to boost cooperation for maritime security.

Minister Rajapaksa has been coordinating with the Indian side to firm up an economic assistance package to help Sri Lanka tide over a severe balance of payments crisis. He is expected to visit New Delhi during February 25-26, his second trip to the Indian capital since December.

While a USD 1-billion line of credit to be provided by India to Sri Lanka to purchase food, medicines and essential items will be the focus of Minister Rajapaksa’s visit, the two sides are close to finalising three defence-related agreements and arrangements that will bolster the capabilities of Sri Lanka’s armed forces and boost cooperation for maritime security.

In addition to agreements for the purchase of two Dornier aircraft and the acquisition of a 4,000-tonne naval floating dock by Sri Lanka, Colombo has agreed to post a naval liaison officer at the Indian Navy’s Information Fusion Centre-Indian Ocean Region (IFC-IOR) in Gurugram, people familiar with the matter said.

The centre tracks merchant shipping and monitors threats such as maritime terrorism and piracy in regional waters. The Sri Lankan liaison officer will join counterparts from 10 of India’s partner nations, including Australia, France, Japan, the Maldives, Singapore, the UK and the US.

The naval floating dock is a facility equipped with automated systems for the quality and swift repairs of warships. Such docks have the capability to lift large ships such as frigates and destroyers, and are designed to be berthed alongside a jetty or moored in calm waters to carry out planned or emergency repairs of ships.

The people cited above said another potential area for defence cooperation is the expansion of training for Sri Lankan military personnel in Indian facilities and institutions. Along with the erstwhile Afghan national security forces, Sri Lanka has been one of the biggest beneficiaries of military training programmes offered by India.

Over the past few months, India has extended financial assistance to Sri Lanka as part of a four-pillar package decided during Minister Rajapaksa’s last visit to New Delhi in December. The Indian side has provided a USD 500-million line of credit for purchasing fuel and a currency swap of USD 400 million under the Saarc facility. It has also deferred the payment of USD 515 million due to the Asian Clearing Union.

The finalisation of the long-gestating project to refurbish and develop the British era Trincomalee oil farm, an 850-acre storage facility with a capacity of almost one million tonnes, has also given a boost to bilateral cooperation.