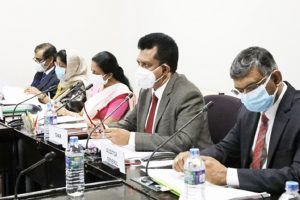 COPE Chairman Prof. Charitha Herath stressed that the Geological Survey and Mines Bureau has not properly transmitted the royalty due to the Department of Treasury over the years. Therefore, steps should be taken to ensure that this is done properly.

He stated the above when the GSMB Technical Services (Pvt.) Ltd., affiliated to the Geological Survey and Mines Bureau, was summoned before the Committee on Public Enterprises on Wednesday (Feb. 23).

Accordingly, the COPE discussed the fact that although the Bureau had duly collected dividends during the period from 2016 to 2021, the amount to be sent to the Department of Treasury had not been transmitted and had been deposited in the fixed accounts of the Bureau.

The COPE also discussed the payment of salaries by the Bureau to employees of GSMB Technical Services (pvt) Ltd who were recruited in excess to the approved carder of the Geological Survey and Mines Bureau. The COPE chairman instructed the Secretary to the Ministry to conduct an inquiry into this matter. If there is a shortage of staff in the Bureau, it should inform the Department of Management Services and obtain the deficit staff with the requisite approval, he said further.

The Committee also looked into the confirmation of 189 employees on the basis that the Bureau has the ability to confirm employees on a temporary, casual, daily, substitute, contract or concessionary basis without expanding the approved staffing capacity of the Department of Management Services in accordance with Public Administration Circular 29/2019 dated 19th September 2019.

The COPE making recommendations to the Chairman and the Chief Executive Officer of the Bureau, stated to re-inform the Department of Management Services about the needs of its employees through the Secretary to the Ministry and to resolve the relevant issue in accordance with the proper procedure.

The COPE noted that the Action Plan prepared for the years 2019-2023 in accordance with the Comprehensive Plan prepared by the Bureau at a cost of Rs. 2,581,633 has not yet been properly submitted to the Board of Directors for approval. The Bureau officials said that the action plan has been submitted to the Board of Directors.

The COPE also took into account the shortfall in the number of Audit Committee meetings held by the Bureau in the recent past, and stressed the need for conducting proper audit meetings.

Due to the inability to give a strong answer regarding the non-implementation of the COPE recommendations on this situation the inquiry on the matter was adjourned for a month. The two institutions are due to be called before COPE in another month’s time.

The COPE meeting was also attended by the Secretary to the Ministry of Environment, officials from the Geological Survey and Mines Bureau and affiliated GSMB Technology Services (Pvt) Ltd. – ada derana 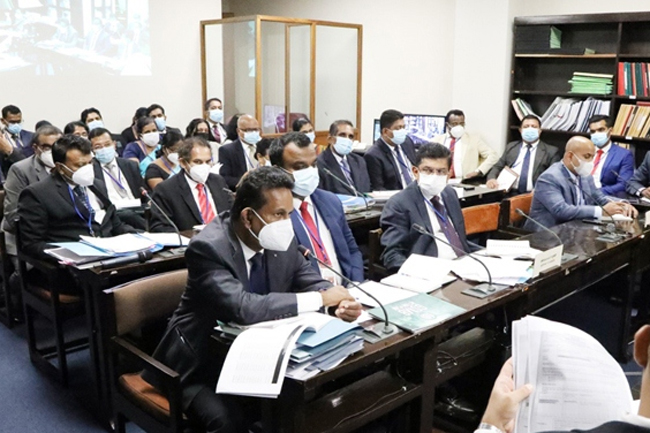