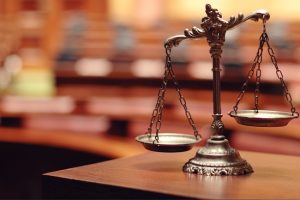 The Attorney General today (March 02) informed the Supreme Court that one-time surcharge tax of 25% to be imposed on individuals or companies earning an annual taxable income of Rs. 2,000 million, does not include 13 pension funds including Employees’ Provident Fund (EPF) and the Employees’ Trust Fund (ETF).

The petitions filed against the Surcharge Tax Bill presented by the government to the parliament were taken up before Supreme Court’s three-judge bench comprising Justices Buwaneka Aluvihare, A.H.M.D. Nawaz and Arjuna Obeysekara.

She said this letter also contains several amendments proposed to be made to the relevant Bill during the committee stage debate in the parliament.

Further, the deputy solicitor general clarified that the proposed tax has excluded 13 pension funds including the Employees Provident Fund (EPF) and the Employees’ Trust Fund (ETF).

It was mooted in the 2022 Budget to impose a 25% surcharge tax on individuals or companies earning an annual taxable income of Rs. 2,000 million or more.

It is to be a one-time tax payable by high-value taxpayers in 2022 for their income in the tax year of 2020/21 while the objective of this special tax was to raise the necessary revenue to finance the Government expenditure programs for the year undisturbed.

Concerns were subsequently voiced by experts, opposition politicians, as well as members of the government itself that the EPF and ETF would also be subjected to this 25% surcharge tax as any fund that exceeds Rs. 2 billion taxable income.