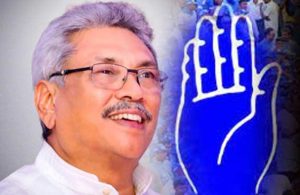 President Gotabhaya Rajapaksa has provided an opportunity to discuss the recent proposals submitted by the Sri Lanka Freedom Party (SLFP) regarding solutions to the current crises in the country, according to political sources.

Accordingly, it is reported that the discussion will be held next Tuesday (March 08).

A meeting was held between the other government allied partied in Colombo last night (05) to discuss the meeting granted with the President about a month after the SLFP submitted its proposals.