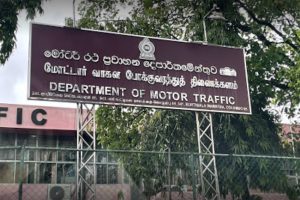 The Department of Motor Traffic (DMT) says a decision has not been taken on extending the validity period of vehicle licences expiring next month.

Speaking on the matter, Commissioner-General of DMT, Sumith Alahakoon said, despite the issues encountered in printing driving licences, a final decision on extending the validity period is yet to be taken.

He also denied the rumours circulated about such a move.

A series of proposals have been put forward by the department to overcome the difficulties while focusing on the current difficult situation, Mr. Alahakoon added. – ada derana