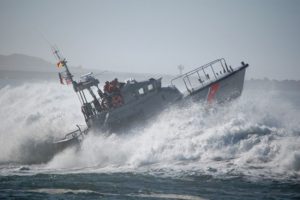 Showers or thundershowers will occur at a few places in Central, Uva and Eastern provinces after 2.00 p.m., says the Department of Meteorology.

Several spells of light showers will occur in Western and Sabaragamuwa provinces and in Galle and Matara districts in the morning.

It is likely to move nearly northwards away from Andaman Island and weaken gradually and cross Myanmar coast.

Naval and fishing communities are advised not to venture into the east and southeast Bay of Bengal Sea area bounded by (12N-18N and 92E-98E) until further notice.

They are requested to be attentive future forecasts issued in this regard.

Several spells of light showers will occur in the sea areas off the coast extending from Puttalam to Matara via Colombo and Galle.

Showers or thundershowers may occur at a few places in the sea areas off the coast extending from Batticaloa to Hambantota via Pottuvil.

Winds will be westerly to south-westerly and speed will be 25-35 kmph. Wind speed can increase up to 40-50 kmph at times in sea areas off the coast extending from Kankesanturai to Pottuvil via Puttalam, Colombo, Galle and Hambantota.

The sea areas off the coast extending from Kankesanturai to Pottuvil via Puttalam, Colombo, Galle and Hambantota will be rough at times. The other sea areas around the island can be moderate.