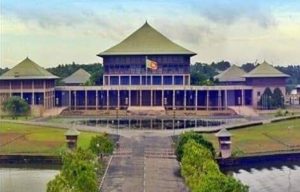 Deputy Speaker of Parliament Ranjith Siyambalapitiya has resigned from his position.

Accordingly, Siyambalapitiya has tendered his resignation to President Gotabaya Rajapaksa.

Reportedly, he decided to step down from his position as the Deputy Speaker after the Sri Lanka Freedom Party (SLFP) reached an agreement to function as an independent group in the parliament.

The Ceylon Workers’ Congress (CWC) says it has decided to function as an independent group in the parliament.

Meanwhile, the general secretary of the CWC, MP Jeevan Thondaman has resigned from his state ministerial portfolio.

He served as the State Minister of Estate Housing & Community Infrastructure.

Twelve Members of Parliament representing ruling party Sri Lanka Podujana Peramuna (SLPP) have decided to function as an independent group in the House.

MP Anura Priyadarshana Yapa announced the decision during the parliamentary proceedings this morning.

Meanwhile, MP Wimal Weerawansa stated that 16 other parliamentarians would remain independent in the House. 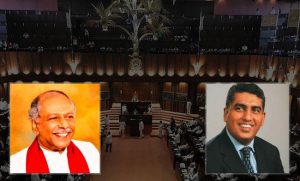 Immediately after the Government Business is over Contempt of Courts Private Member Bill will be presented to Legislative Standing Committee following the Second Reading.

Meanwhile MP Ranjith Siyambalapitiya has resigned from his position as the Deputy Speaker of Parliament.