A proposal to establish an all-party interim government has been submitted to President Gotabaya Rajapaksa by a group of parliamentarians who left the ruling party to remain independent in the parliament.

They pointed out that conditions that help calm public unrest, restore people’s lives and allow the people to elect a government of their choice should be created.

The letter contains the following proposals:

• Ministers to function without receiving salaries

• Re-imposition of the 19th amendment to the Constitution with amendments

• Formulation of a national policy within a period of 6 months, for sectors such as education, health and energy that would not change with the change of government. 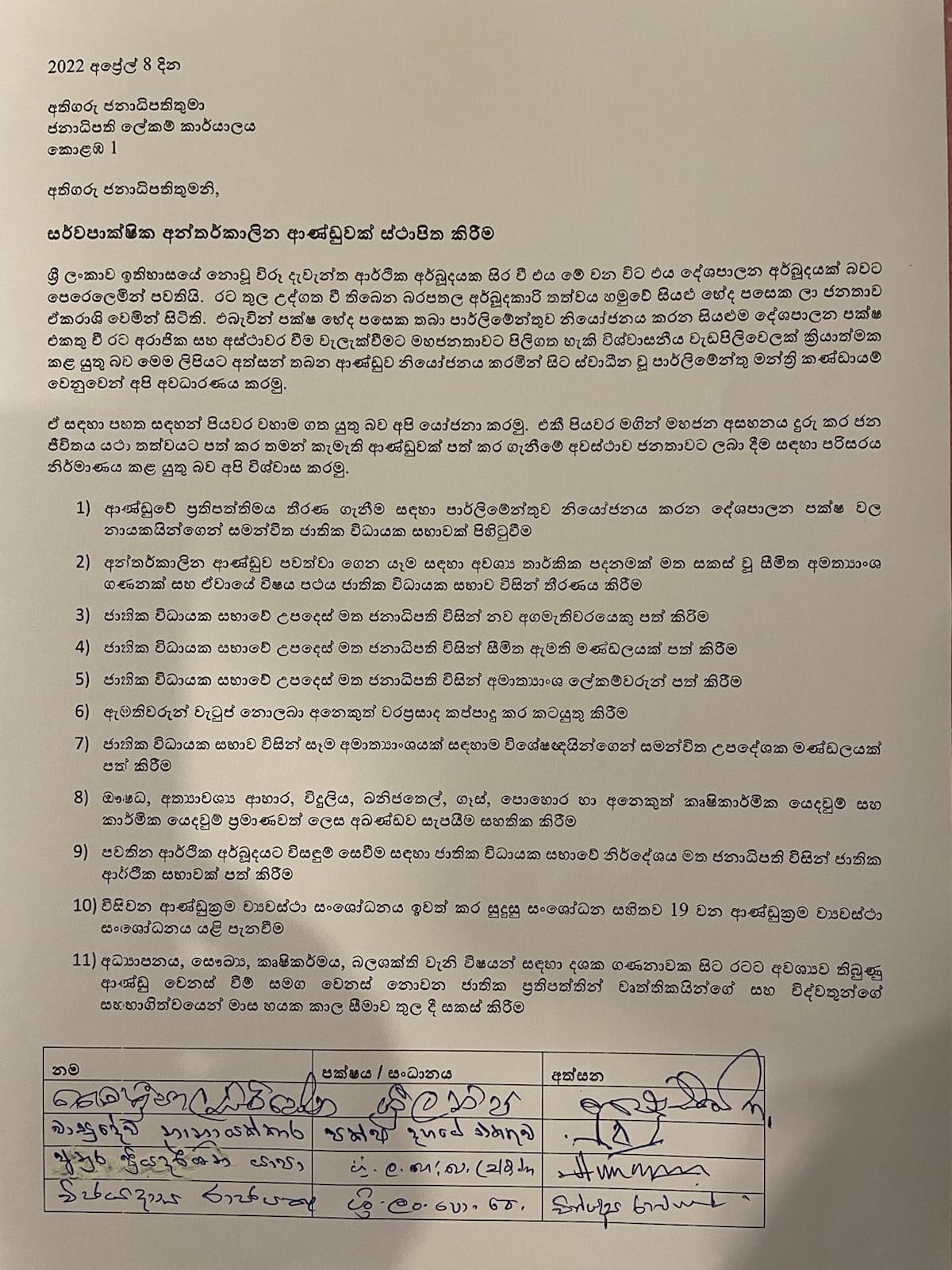