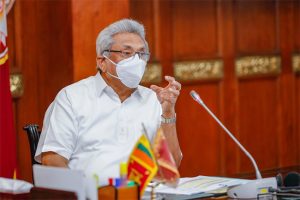 The group of parliamentarians who became left the ruling party and became independent has decided to refrain from attending second round of discussions with President Gotabaya Rajapaksa today (April 12).

MP Bandara accepted a state ministerial portfolio despite the SLFP’s parliamentary group’s departure from the ruling party and decision to sit independently in the parliament.

Bandara was sworn in yesterday (April 11) as the State Minister for Promoting the Production & Regulating Supply of Organic Fertilizer.

He was appointed to fill in the vacancy created by the resignation of Shasheendra Rajapaksa.

Meanwhile, it is reported that President Gotabaya Rajapaksa has refused to accept the resignation of MP Priyankara Jayaratne as the State Minister of Foreign Employment Promotion and Market Diversification. – ada derana