Former minister Udaya Gammanpila says there are currently 120 parliamentarians who are of the stance that the incumbent government should resign and warned that the no-confidence motion against the government would be tabled within a week if it fails to resign. 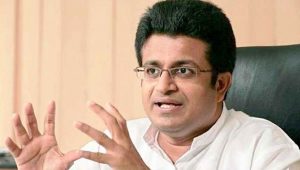 Speaking during a press briefing in Colombo today, the Pivithuru Hela Urumaya (PHU) leader said they had asked the Samagi Jana Balawegaya (SJB) to wait for a while until they gathered the required number of 113 MPs to support its no-confidence motion.

However, he said that now they have the backing of around 120 parliamentarians instead of required majority of 113.

“There are now 120 members of parliament who are of the opinion that the present government should resign. I am confident that a large number of SLPP MPs, who have not yet made their views known, will support a no-confidence motion,” he said.

The MP said that at present they have prepared a ‘very simple’ draft for a no-confidence motion against the government and discussed it with the Samagi Jana Balawegaya (SJB) and the Janatha Vimukthi Peramuna (JVP).

He stated that the two opposition parties have informed their consent regarding that content of that motion.

“If the government does not resign in the future, the no-confidence motion will definitely be handed over within this week,” he said. – ada derana