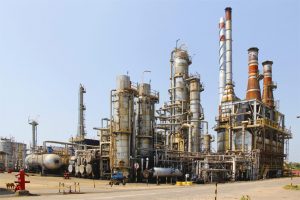 The Sapugaskanda oil refinery will resume its operations for the first time since March 20 with a crude oil shipment being unloaded today, Minister of Power and Energy Kanchana Wijesekara says.

In a tweet, the lawmaker stated that the refinery will start producing fuel oil in six days.