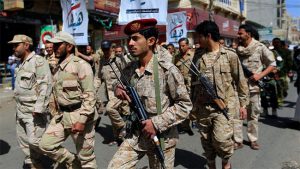 (Reuters) – Yemen’s warring parties agreed to extend a U.N.-brokered truce for two months under the same terms as the original deal that was due to expire on Thursday, the U.N. envoy to Yemen said.

Delegations from the Saudi-backed government and the movement are expected to return to the Jordanian capital Amman to continued talks, Yemeni official said.

The truce had seen a halt to major military operations in Yemen and cross-border attacks in the seven-year war between a Saudi-led coalition and the Iran-aligned Houthi group, and helped to ease a humanitarian crisis that has left millions hungry.

“For the past two months, Yemenis have experienced the tangible benefits of the truce,” United Nations Special Envoy for Yemen Hans Grundberg said in a statement.

The truce is the most significant step in years towards ending the conflict that has killed tens of thousands of people and added tensions to an already strained relationship between Riyadh and Washington.

U.S. President Joe Biden welcomed the truce’s extension and said it would not have been possible without regional diplomacy.

“Saudi Arabia demonstrated courageous leadership by taking initiatives early on to endorse and implement terms of the U.N.-led truce,” Biden said in a statement. Oman, Egypt and Jordan also played roles in enabling the truce process, he added.

The renewed agreement will allow for fuel ships to continue to dock into Houthi-held Hodeidah port and some commercial flights from the airport in the capital Sanaa, which is controlled by the group.

There had been intense efforts to salvage the deal which was threatened by stalled talks on reopening roads in disputed Taiz, where Houthi troops have imposed a siege for years.

Riyadh wants to exit a costly war that had been in military stalemate for years with the Houthis controlling most big urban centres. The conflict is widely seen as a proxy war between Saudi Arabia and Iran.

The coalition intervened in Yemen in March 2015 against the Houthis after they ousted the internationally recognised government from the capital Sanaa.