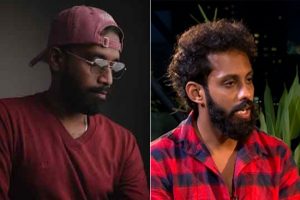 The case was taken up before Colombo Fort Magistrate’s Court.

On June 17, the Colombo Fort Magistrate ordered the police to arrest several protesters for their unruly and violent behaviour during demonstrations at Colombo Fort and Thalangama on the 9th and 10th of June and to produce them before the court.

Later, “Ratta”, Lahiru Weerasekara and actor Jagath Manuwarna, who were wanted over the said incidents, had surrendered to Maradana Police on June 22. They were accordingly placed under arrest and remanded along with four others, namely Jehan Appuhamy, Dhammika Munasinghe, Eranga Gunasekara and Ven. Rathkarawwe Jinarathana Thero.

Several charges including criminal coercion, obstruction of duties of police officers, unlawful assembly, causing injuries and causing damages to public property were levelled against them.

On June 22, four of them – Manuwarna, Appuhamy, Munasinghe and Gunasekara – were released on bail by the Colombo Fort Magistrate’s Court, while the remaining three activists, ‘Ratta’, Lahiru Weerasekara and Jinarathana Thero were remanded further. – ada derana