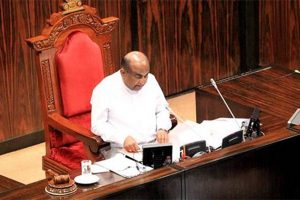 Officially announcing Gotabaya Rajapaksa’s resignation from the presidency, he said a Head of State will be appointed within a period of 7 days, through a democratic and transparent process.

Accordingly, a new President will be appointed within a period of seven days, pursuant to Article 40 of the Constitution and Presidential Elections (Special Provisions) Act (No. 2 of 1981).

The Speaker appealed to all political party leaders, state officials, security forces and the members of the public to extend their support to complete this process peacefully.

Gotabaya Rajapaksa has officially stepped down as the President of Sri Lanka effective from July 14, 2022, giving into the months-long nationwide public protests against the government’s mishandling of the economy. – ada derana 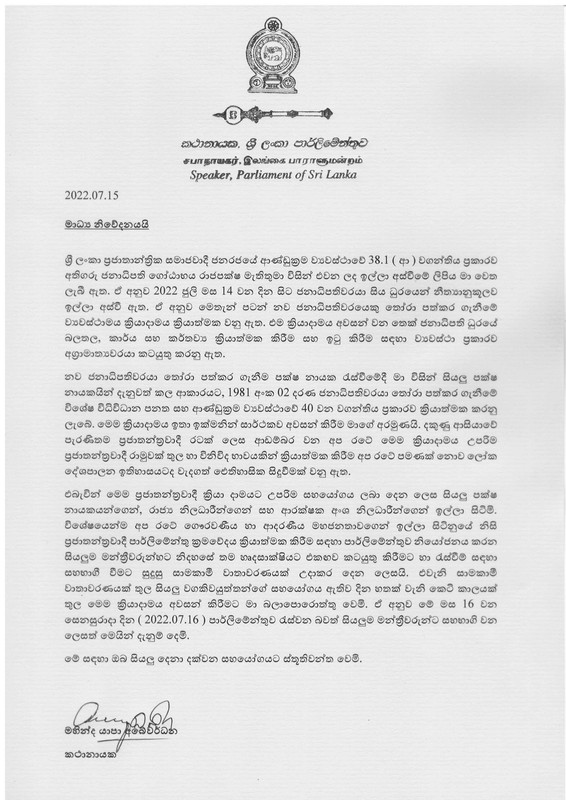