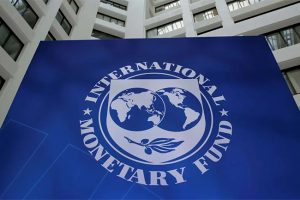 The International Monetary Fund is still in contact with officials at technical levels within the Sri Lankan government and hopes to be able to resume discussions with higher-level officials, an IMF spokesman said on Thursday, after Sri Lanka’s president announced his resignation.

“We hope for a resolution of the current situation that would allow for our resumption of a dialogue on an IMF-supported program,” IMF spokesman Gerry Rice said in a scheduled press briefing.

Sri Lankan President Gotabaya Rajapaksa sent a resignation letter on Thursday after fleeing to Singapore. He had first fled to the Maldives on Wednesday to escape a popular uprising over his family’s role in a crippling economic crisis.

Rice said the IMF still has technical counterparties in Sri Lanka’s Central Bank and the Ministry of Finance and hopes to be able to have high-level discussions with the authorities to begin discussions on a program “as soon as possible.”

He said any new loan program for Sri Lanka would require adequate assurances on debt sustainability.

Clifford Lau, a money manager at William Blair, a holder of Sri Lankan bonds, said it was difficult to say when a deal could be reached with the IMF because the country needs to rebuild its government.

“I still believe that an IMF deal will eventually happen as there is the consensus amongst the political elites that it is the most credible way forward to restore confidence from within and outside,” Lau said. “What needs to stop now is the political infighting, and elect an all-parties leader to resume bailout talks as soon as possible.”