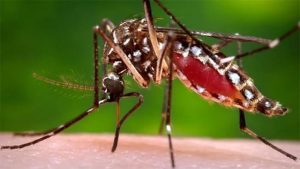 The Ministry of Health has planned to implement a special dengue eradication programme today (25), due to the increase in dengue mosquito density.

The Director of the National Dengue Control Unit, Dr. Sudath Samaraweera said that more than 44,000 dengue patients have been identified in the country so far this year.

Dr Samaraweera also added that if the current situation is not controlled, dengue may develop into an epidemic situation.

Also, in the month of July almost 9,000 suspected dengue cases have been reported in the past three weeks, he said, adding that there is a risk of further development of this situation in the future.

“As a result, there is a possibility of dengue disease developing into an epidemic situation. To control the situation immediately, this special program has been launched,” he said.

At the same time, he made a special request for the public to be concerned to keep the surroundings clean, and for destroying the places of mosquito breeding. – ada derana