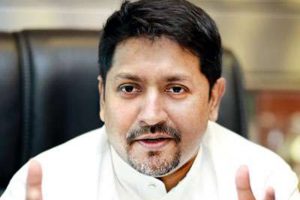 Deputy Leader of the United National Party (UNP) Ruwan Wijewardene has been appointed as Presidential Advisor on Climate Change.

In a statement issued regarding the appointment, the President’s Media Division (PMD) said, “In 2016, Sri Lanka signed the Paris Agreement on Climate Change. Currently, the attention of many people around the world is focused on preventing the damage to the earth caused by climate change. Sri Lanka also has a vast responsibility towards this global responsibility.”

This appointment was made by President Ranil Wickremesinghe to receive the advice and support for a number of projects that need to be implemented covering many areas such as reducing global greenhouse gas and carbon emissions, implementation of renewable energy projects, and building a green economy, the statement read further. – ada derana