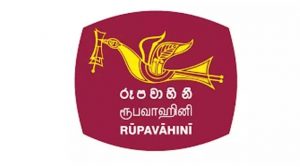 SLRC Deputy Manager Ajantha Seneviratna said on Friday October 07: “The logo was changed nine months ago and yesterday we returned to the old logo because there were requests from internal and external stakeholders.”

“There was a common request and it was decided to bring the old logo back, and it brings communal harmony as well,” said Seneviratna.

Meanwhile, a lone protestor was seen outside SLRC premises, holding a silent vigil for the return of the old trilingual logo, which was recently changed to a Sinhala-only logo, drawing widespread criticism.

The protestor Dhanuka Rananjaka posted on his social media after the logo was changed, “I am telling everyone that a change can be made without speaking a word out loud.”

Rananjaka had been standing outside the SLRC headquarters in Colombo 07 for hours and had received internal support as well, he said.

Ajantha Seneviratna told EconomyNext: “I was aware that there was a protestor who was fighting for Tamil wording to be included in the logo.

He claimed that the Tamil name was dropped from the logo as there were two other channels on the SLRC network dedicated to Tamil and English-language programming.

Rananjaka had posted on his social media accounts that he had received great support from the public as well as from employees at Rupavahini. The protestor had also filed a complaint to the Ministry of Media.

After the original logo was restored, Rananjaka said, “At last I won.” (Colombo/Oct07/2022)