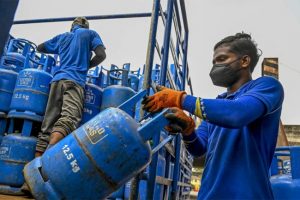 Litro Gas Lanka Limited, one of the primary suppliers of liquefied petroleum (LP) gas in the country, says more than 100,000 domestic gas cylinders will be released to the market from today (Dec. 01).

According to the company’s chairman, Muditha Peiris, a limited number of LP gas cylinders were released to the market recently due to the delays in the arrival of shipments.

However, the LP gas consignments ordered by the company are now arriving in the country, he mentioned further, assuring that the customers will be able to make required purchases during the festive season without any shortages.

Litro Gas chairman stated that at least 100,000 domestic gas cylinders weighing 12.5 kg are expected to be released to the market today. – ada derana