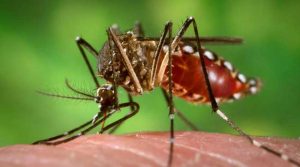 Sri Lanka is seeing a rapid rise in the cases of its age-old enemy dengue fever once again, the National Dengue Control Unit says.

Reportedly, the island has confirmed a total of 1,602 dengue patients within the past week.

The highest figure is from Gampaha District, where 390 cases out of the total number of dengue patients were reported within the locality.

The number of patients reported within Colombo District is 27, the National Dengue Control Unit said.

Meanwhile, the districts of Puttlam and Jaffna, and also the Kalmunai area have confirmed higher figures of dengue cases.

Accordingly, a total of 68,928 dengue cases have been reported in Sri Lanka so far this year. However, by this time last year, the number of cases reported was 27,844, the unit said further.

According to the National Dengue Control Unit, 41 MOH areas have been declared as high-risk zones for dengue fever. – ada derana