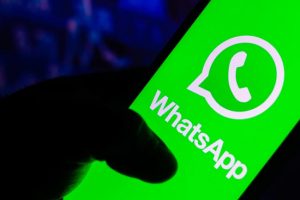 WhatsApp is about to cease functioning on older phone models from the likes of Apple, Samsung and Huawei.

The world’s most popular messaging service will end support for 49 different models of smartphone on December 31.

‘Devices and software change often, so we regularly review what operating systems we support and make updates,’ WhatsApp said.

‘These devices also might not have the latest security updates, or might lack the functionality required to run WhatsApp.’

‘To choose what to stop supporting, every year we, like other technology companies, look at which devices and software are the oldest and have the fewest number of people still using them.’

This doesn’t mean WhatsApp will stop working entirely on these older phones – it just means the company won’t support them with updates. So bugs and other issues may crop up over time without any fix available.

Similarly, you won’t get access to any new WhatsApp features that get released.
If you can, it may be possible to update the operating system on your older device and continue using WhatsApp as normal.

If your device can’t be updated to a recent operating system version, you will need to buy a newer phone.

WhatsApp recommends Apple’s iOS 9 and above, and Android v4.3 and above, to continue to receive support.

The platform already ended support for smartphones running Android 2.3.7 and iOS 8 in February of this year.

– With input from agencies