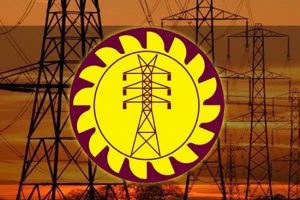 The Ceylon Electricity Board (CEB) has informed the Public Utilities Commission of Sri Lanka (PUCSL) that power cuts will have to be imposed even during the 2022 G.C.E Advanced Level Examination, scheduled to begin on Monday (23 Jan.).

This statement was made in response to PUCSL’s announcement earlier today (21 Jan.), in which they assured that no power interruptions will be imposed after 07:00 p.m. during the period in which the 2022 G.C.E Advanced Level Examination is scheduled to take place.

Accordingly, CEB noted that such a relief cannot be provided amidst the ongoing crisis, owing to the high costs incurred for the generation of electricity, and the lack of funds in this regard.

CEB informed PUCSL, however, that in the event the necessary funds are provided, they may be able to refrain from imposing power interruptions during the exam.
Nevertheless, PUCSL is yet to respond to this notification, CEB stated.

Earlier today, PUCSL announced their decision to refrain from imposing power cuts after 07:00 p.m. during the period in which the exam is due to be held.

The decision was taken following a request made by the Department of Examinations, PUCSL Chairman Janaka Ratnayaka explained, adding that the decision was also made  in accordance with the requirements of the Ceylon Electricity Board (CEB).

The 2022 G.C.E. Advanced Level Examination is scheduled to be held from 23 January to17 February at 2,200 centres across the island. – ada derana