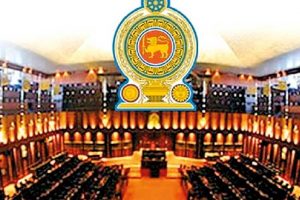 New members for several independent commissions including the Election Commission are expected to be appointed by the Constitutional Council.

Chaired by Speaker Mahinda Yapa Abeywardena, the council will meet on Wednesday (Jan 25) at 9.30 a.m.

Meanwhile, the focus of tomorrow’s meeting will fall also on appointing a representative of other opposition parties as the 10th council member.

Nine members have already been appointed to the 10-member council which comprises the Speaker, the Prime Minister and the Opposition Leader as well.

President Ranil Wickremesinghe appointed three civil representatives as Constitutional Council members based on the nominations submitted by the Speaker, with the agreement of the Prime Minister, the Speaker and the Opposition Leader in parliament.

Dr. Ramanujam has served as a Member of the Public Service Commission and has served as the Secretary to several Ministries for over a decade.  Dr. (Mrs) Wijesundere is a doctor by profession. Dr. (Mrs) Samararatne is a law academic and works as a Senior Lecturer at the University of Colombo. – ada derana